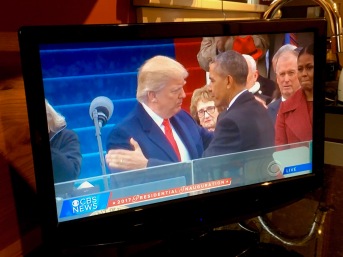 This did not really happen.  Right?

No, I can’t do it. I can’t talk about it right now.  Everybody’s yakking about it, and for one of the few times in my adult life, I want out of the conversation instead of in. We all know where we stand, and we now pretty much know where everybody else stands.  I will say that the enormous crowds at all the marches and rallies yesterday made me feel better.  The videos and photos of all the people were truly inspirational and uplifting. I regret not going to the state capitol and being part of it all. But I’m really proud of all my friends who did.

Even with yesterday’s boost, I’ve not emerged yet out of the damp, dark, gray week we just finished. It’s going to take more than a few million people marching together and vowing to fight the good fight to shake me out of what I was hoping was just the fog of a dream. But with each day, each action, each utterance from the new guy or from the people who got him to the White House, I am going to build my strength and resolve to do my part in fighting back.  It’s time to wake up and get busy. 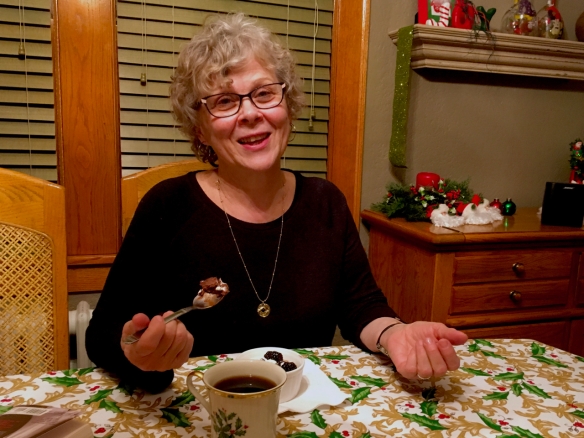 (1/15/17)  The week started out great, thanks to Mary Livingston agreeing to stop over and belatedly celebrate her birthday with us.  Later in the week, she took off for a warm beach and left those of us back here in the US of A to sit and stare at our TVs in disbelief. 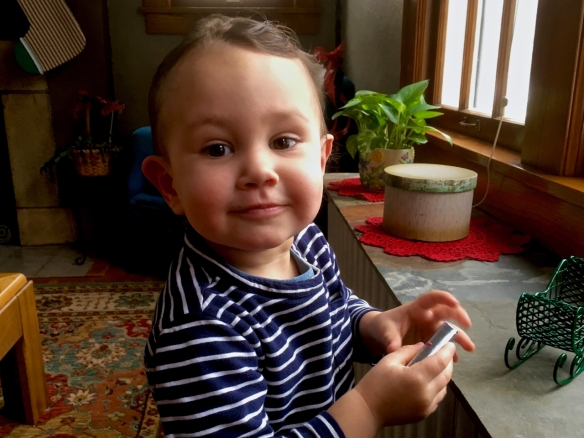 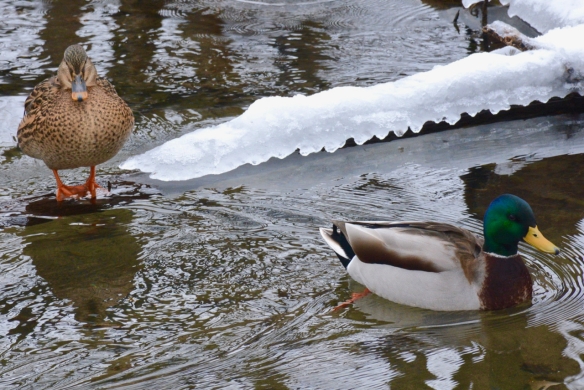 (1/17/17) You either have to be tough or dumb  — or maybe unable to fly(?) to be a Minnesota duck. A big  group of Mallards is hanging out in the stream that flows from Lake Harriet to Minnehaha Creek. Wikipedia tells me that a group of ducks on the water can be called a “flock”, a “brace”, a “raft” or a “paddling”.  When they take to the air en masse, they are a “skein”, a “string”, or a “team”. (Note: This will be the most educational picture this week.) 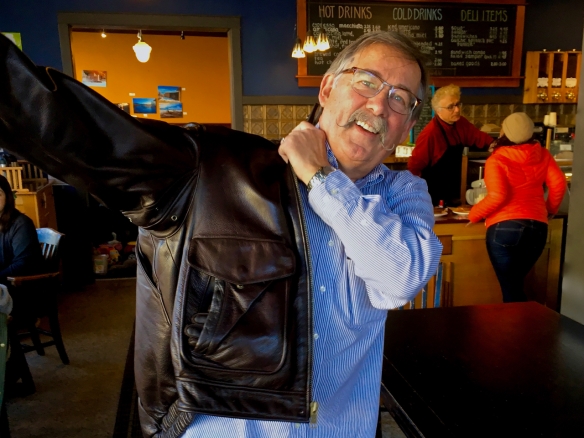 (1/18/18) What a great surprise.  Old friend (and now neighbor) Bob Jansen asked me out on a date. Lots of laughs, a little wisdom, tons of bullshit. 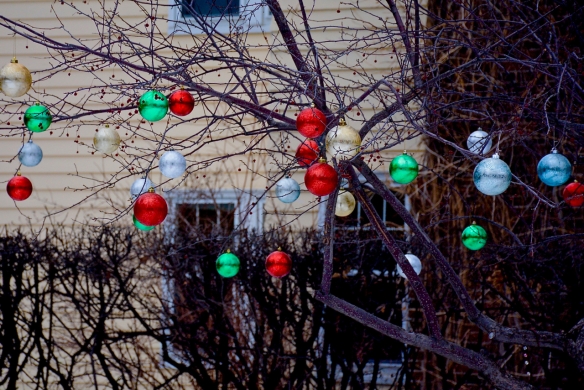 (1/19/17) Tis not the season any more, but I’ll take some bright colors (and maybe a little bit of peace on Earth) wherever I can find them. 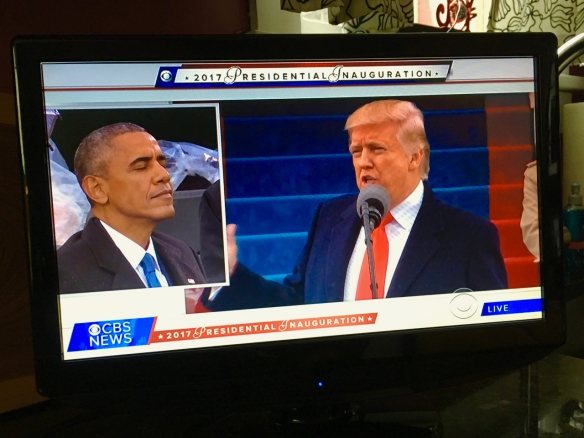 (1/20/17) I shot this just at the moment in the speech when I realized that our new POTUS was ripping the crap out of President Obama, everything he did as President, and everything he stands for. I love the way Mr. Obama looks like he has just shed a YUGE weight and is in a happier place somewhere far away . 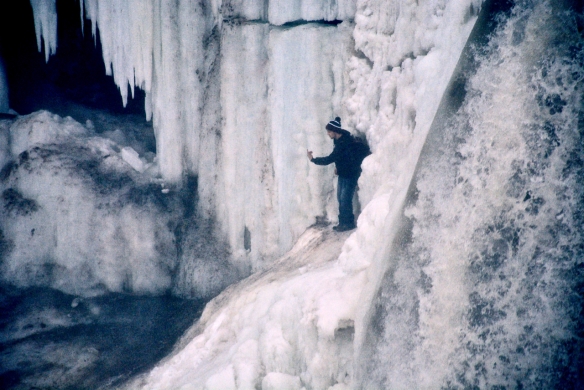 (1/21/17) As millions of people around the globe were marching in support of women, this guy was attempting to win our local Stupidest Male competition. A week or so ago, Minnehaha Falls was all over the local TV news when a DIFFERENT idiot was very seriously injured by a gigantic chunk of falling ice (see the big hole on the upper left?) Everyone was strongly warned to stay away from and off the falls. So after a few days of thawing temperatures and weakening ice, this new genius decides to climb about halfway up the 53-foot waterfall, right next to the cascading water, so that his very proud girlfriend can take his picture.  I didn’t stay around long enough to see if he survived, but he didn’t deserve to.